Mexican President Enrique Peña Nieto has cancelled a planned visit to the U.S after American President Donald Trump signed an executive order to start construction of a wall along the length of the US border with Mexico.

The wall which was a key election promise in now President Trump’s election campaign has caused much consternation in the international community, especially after Mr Trump affirmed his desire to make Mexico pay for all or part of its construction.

In a video address on Wednesday night Peña Nieto told Mexico “I have said time and time again, Mexico will not pay for any wall.” amidst pressure from his own government to cancel the meeting with President Trump.

Mr Trump who was making a speech to republican politicians in Philadelphia, claimed that the cancellation was mutual saying “The president of Mexico and myself have agreed to cancel our planned meeting next week” but later reiterating his tough negotiating position: 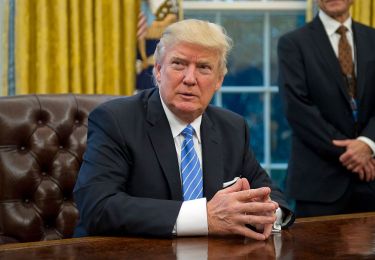 “Unless Mexico is going to treat us fairly and with respect, such a meeting would be fruitless, we have to go a different route.”

Many Mexicans have welcomed President Peña Nieto’s decision to not visit the US, particularly after the perceived inaction by Mexico that followed Mr Trump’s visit last August.

With falling popularity ratings in Mexico, the President’s action will undoubtedly win him many fans, both domestically and in the wider international community.

President Trump is due to meet with UK Prime Minister Theresa May tomorrow to discuss the “Special” relationship and potential trade deals with the UK post Brexit.

With President Trump so publicly snubbed, the Prime Minister might be keen to placate the President, but with growing questions on his views on torture and women it may be a tough conversation.

Responding to Labour’s calls to adopt a bullish position in dealing with Mr Trump she said “We have a very clear view: we condemn the use of torture, and my view on that won’t change, whether I’m talking to you, or talking to President Trump.”

But with post Brexit trade deals forming a vital part of this countries long term economic future, it may be a case of losing the battle to win the war.