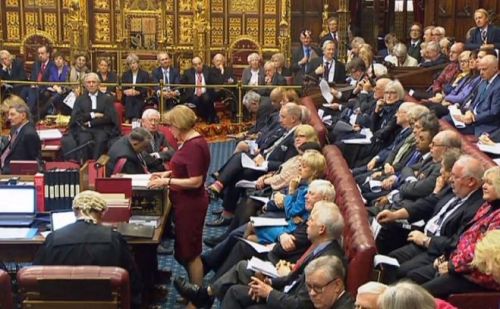 Prime Minister Theresa May sits behind the Speaker (back row) as Baroness Smith of Basildon speaks in the House of Lords, London, during a debate on the Brexit Bill.

Peers from all political parties have begun their first day of debating the Government’s Brexit Bill in the House of Lords.

Conservative Prime Minister Theresa May was even in attendance, sitting on the benches just in front of the Queens chair. She had previously urged the Lords not to frustrate the political process of Brexit and to obey the will of the people.

These sentiments were echoed by Conservative peer Lady Evans who said that: “This bill is not about revisiting the debate.”before adding “Noble Lords respect the primacy of the elected House and the decision of the British people on 23 June last year.”

Opposition Labour peer Baroness Smith of Basildon said that the government would not be given a ‘blank cheque’ for Brexit and promised to make ministers consider “reasonable changes.” to the proposed bill.

Baroness Smith said that this was not “delaying the process” but part of the process of Brexit.

Lord Newby, leader of the Liberal Democrats in the Lords, said the bill could be changed and sent back to the House of Commons for reconsideration, arguing there was a “world of difference between blocking… and seeking to amend it”.

He said that the government’s approach was “little short of disastrous” and “to sit on our hands in these circumstances is unthinkable and unconscionable.”

There will be two days of debating the bill in the House of Lords this week, before it moves to committee stage and a potential vote on the final makeup of the legislation.

Although the Lords have said that they will not allow the bill to pass unopposed and unchanged in the same way that it did in the commons, they would be very reluctant to risk open warfare with the commons over the Brexit bill so the bill should pass reasonably quickly. 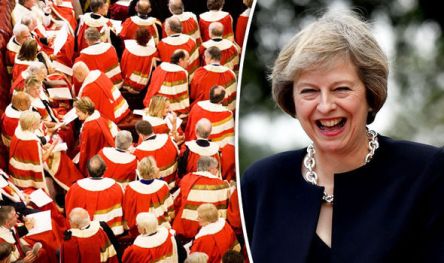