The Triggering of Article 50: A European Perspective

Over the past few weeks and months, the preparations being made by the UK to exit the European Union have dominated the countries news and media outlets. It has bred an environment where high profile court cases, large scale protests, parliamentary headaches and a seemingly divided nation have become the norm.

The debate will take a new dimension on Wednesday when Prime Minister Theresa May officially triggers Article 50 of the Treaty of Lisbon and starts the Brexit process.

She will send a letter to the EU in Brussels informing them of the UK’s desire to leave the European Union as defined in the treaty signed by Labour Prime Minister Gordon Brown in 2007 and begin a round of intense diplomatic negotiations.

The Treaty itself provides for a two-year timetable for the perspective member state to leave the EU but many believe that negotiating Britain’s exit will take a lot longer than two years.

While much of the focus of the debate has been on what the UK will do, the European Union has been preparing its negotiating position and determining what is required to ensure an exit which keeps both parties happy.

Key to the success of the negotiations will be the EU’s negotiating team, made up of the following individuals, representing the different parts of the EU legislative body:

An ardent federalist whose appointment made headlines around the EU, Mr Verhofstadt will lead the negotiations on behalf of the European Parliament and can be a very charismatic and good orator.

However, he’s not the most popular figure amongst the Brexit camp, with UKIP’s former leader MEP Nigel Farage once claiming that “Guy Verhofstadt hates everything we stand for, which should mean a much shorter renegotiation.”

The European Parliament are keen to set up a special taskforce on Brexit, which Mr Verhofstadt is hotly tipped to lead and with his reputation for being a strong personality both politically and personally, the EU are making an aggressive statement by appointing him.

Former French Minister and Commission Vice-President Michel Barnier will lead the European Commission’s Taskforce for the Preparation and Conduct of the Negotiations with the UK.

Mr Barnier previously served as Single Market Commissioner (2010-2014), during which time he brought forward several legislative initiatives for the financial sector, such as the establishment of the new banking union as a response to the financial crisis.

A man of significant political connections in both the EU itself and the remaining 27 member states, Mr Barnier was appointed by European Commission President Jean Claude Juncker and will be under intense pressure to keep a tough line in the negotiations.

The final member of the EU’s three musketeers, Mr Seeuws is a diplomat who served as Chief of Staff to former European Council President Herman Van Rompuy (2011-2014) and his appointment to this post has been seen by many as a power grab by the European Council as it looks to take a leading role in the Brexit negotiations.

Mr Seeuws serves as the Director of Transport, Telecommunications and Energy in the General Secretariat of the Council of the European Union.

Each of these individuals works for a specific arm of the EU machine, each with its own agenda and objectives in the negotiating process. However, there will be significant pressure from both inside the EU and out to maintain a collective voice during negotiations, as this will ensure an efficient and timely Brexit.

Differing voices, aims and objectives across the 27 remaining states make it harder to maintain this collective voice especially as the UK has many political and economic allies amongst the less influential member states.

Additionally, general elections in many of the member states occurring over the two-year period will make it difficult to maintain a consistent consensus with potentially adversarial politicians coming into the fray.

While the EU will be keen to keep these voices together, the UK will undoubtedly improve its chances of getting what it wants by keeping the voices separate and thereby increasing the political pressure on the EU to acquiesce to their demands. 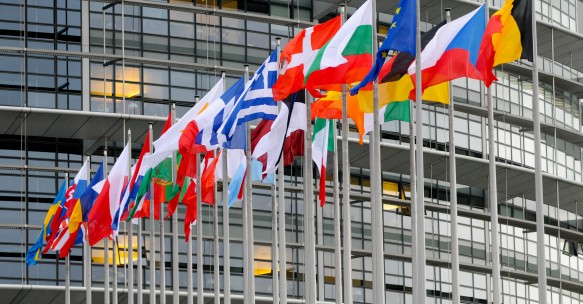 The Brexit vote was a watershed moment in European politics, as it is the first instance of a member state choosing to leave the perceptually safe and stable EU.

Let’s think about that for a moment from a public relations standpoint: an organisation which is itself designed to engender cooperation and union is now being left by one of its most important member states.

PR wise it’s a disaster, because of two things: the British voice still carries a lot of weight in Europe and more importantly the EU has failed in its objective of keeping a member state happy.

Press coverage of the negotiations over the next two years will vary from positive to negative and a perceptually tough or overly harsh negotiation process can make the EU seem like a petulant parent disciplining its wayward child.

Negativity in negotiation will be seen by European member states and will colour public opinion of the EU in those countries still within the Union.

Often in PR, it’s a case of turning a negative into a positive and the same is true in this case. The EU will be keen to turn the adversity of Brexit into an opportunity to bring the remaining nations of the EU together.

Most likely there will be a period of sustained EU glad-handing and summits designed to keep member states onside and ensure that the British exit remains an isolated incident. Brexit may force the EU to be more accommodating to the remaining 27 states.

Britain is the fifth largest economy in the world and despite many attempts by the press to belittle it, still a major player in global politics.  A British exit from the European Union is a big event in global politics and casts a significant shadow on the EU.

World powers not in the EU such as China, the U.S and Russia could see the failure of the EU to retain Britain as a signal that it is no longer an effective political entity and can be ignored.

The current American administration seems to prove this point, with President Trump seemingly keener to engage with Theresa May than with Angela Merkel and her European compatriots.

Retaining relevance and importance in global affairs will need to be a by-product of the negotiating position adopted by the EU in its dealings with Britain as it leaves.

Creating a new identity for the EU post Brexit will be key to this, with the reinvention of the EU putting the failure of the EU to retain Britain behind it.

First to leave: Not the last to go?

Many European nations, particularly in the southern European states which have been so severely affected by the migrant crisis and the economic crash may be keen to follow Britain’s lead.

The rising tide of populism that has pervaded Europe over the last year has placed many so called populist politicians in positions of power where they can legislate for a similar sort of exit for their own country.

While these exits may be popular in their respective countries they are catastrophic for the EU.

As we saw in the immediate aftermath of the UK’s referendum result, political developments can have a significant effect on the course and stability of financial markets.

Even though UK financial markets have gained ground in the months following the Brexit vote, the financial damage was evident and the UK has yet to regain the strong financial position that it had prior to the voting result.

An argument can be made that the Euro is more volatile than the Pound and could suffer significant economic and financial damage as a result of a protracted negotiation with Britain.

With the damage from the financial crisis still fresh in the minds of many European politicians, the EU will be keen to ensure that no significant damage is done to European economies by Brexit.

This mitigation could colour the EU’s negotiating position towards a non-punitive and speedy Brexit.

There has been significant speculation that the EU will exert a punishment levy on Britain, with figures bandied about in the press of anything up to 50 billion pounds.

With access to the single market being a key concern for Britain, there is scope in the negotiations for specialised access to be granted after financial reparations are made.

However, there is a need to keep British pounds flowing into the EU, a need which could reduce this potential figure to ensure that British money still flows into the EU and vice versa. Any punitive financial measure taken by the EU against Britain could jeopardise this precarious economic balance.

Seeds of the future

Britain will leave the EU, whether it be in two years or ten- that much is not in doubt. What the EU does in its dealings with the newly independent Britain will sow the seeds of any future relationship between the two entities.

A strong relationship between the two, which seems the most likely will greatly benefit both and if at some point in the future Britain chooses to reapply to join the EU then they will probably be welcomed back with open arms.

A punitive and unfriendly exit for Britain could result in a soured relationship between the two, leading to unrest and enmity between the two entities. In this case a country scorned could be extremely detrimental to the EU’s political, economic and social success as an entity.

Brexit could be the start of the end of the EU or it could signal the beginning of a reformed and reorganised EU, which was the overall objective of the Cameron administration when it sought to renegotiate Britain’s role within the Union itself.  Reform of this sort could ensure longer term stability and prevent more countries going through the exit door.