The names read like a who’s who of the Foreign Offices “must avoid” list. What do they have in common?

Simple, they have experimented in democracy, with varying successes and failures.

Let’s take Afghanistan first, the American led invasion of 2001 while being primarily an act of revenge for 9/11 had one very important thing, the support of the local leaders. The tribes of Afghanistan, militarised in the form of the Northern Alliance who long despised the Taliban had no trouble falling in with the Americans in their war of freedom.

The post war government of Afghanistan, led by Mohammed Karzai is a western friendly government, eager to fall in line with its American backers.  The April 2014 election, coincidental with the withdrawal of the bulk of the American forces from Afghanistan was a widely contested and criticised affair.  To date there has been no clear winner announced amidst rumours of electoral vote rigging and corruption of officials. Democracy has in this case bred corruption.

Iraq, the second great American war of the 21st century was an equally short affair. The government, while enjoying popular support from the mostly Shia population is without the means to effectively defend  itself in the same way that it’s Ba’ath (the party of Saddam Hussein) did.  The Sunni bankrolled Islamic State (IS) organisation has been allowed to rise in Iraq in the vacuum of power left by the demise of the aforementioned dictator. IS now controls large parts of Iraq and neighbouring Syria, cities like Tikrit, Mosul and Fallujah and has perpetrated appalling war crimes in its pursuit of its aims. Democracy, while present has been proven ineffective against brutality.

Eqypt, the great and ancient power eager to shake off the chains of the oppressive Hosni Mubarak presidency was the next to rise up in revolt.  No one can forget the scenes in Tahir square, it was a regime change that was as popular as it was swift. Free elections followed and it was believed that democracy would prevail. Democracy did for a time, but revolutions are fickle things as the Muslim Brotherhood found out when the army coalition of General Abdel Fattah el-Sisi wrestled power back from the government.

Rather than reel off another narrative on the failure of democracy in Libya, I shall quote one disturbing fact, this: The Libyan government does not control its own capital, Tripoli, it has been in the hands of Islamist militants since the start of 2014. Muammar Gaddafi, so much a dominant figure over the last 40 years left a power vacuum which the current government has struggled to fill.

Syria is a sad and tragic story and has been in a state of civil war since the dawn of the Arab Spring in 2011. Where the people of Syria have suffered, the Islamic State has profited from the proliferation of weapons and combatants eager to embrace their extremist view of Islam. The failure of the surrounding Arab states and the Western powers to act has led to the growth of this genocidal band of fanatics in Syria and can be blamed for the current crisis.

The countries highlighted above together with several others were enthusiastic for change, but once it did the imposition of the democratic framework from the ground up has not worked.  In most cases the free people cannot move past the previous system, be it dictatorship, or corrupt form of democracy. Surely the failure of “Flat pack” democracy is the proof that what works in the western hemisphere does not work in the east, or the south. The countries that have adopted this have become political and conflict quagmires, where the innocent people of those countries become bogged down casualties.

So what are the alternatives?  Is there a happy medium that allows the rule of strong law but retains the rights and individual freedoms of the people?  The dictatorship for all its faults does fulfil at least one of these aims if only at the expense of the other.

If such a thing exists, the multitudes across the Middle East and Africa need this as soon as possible. 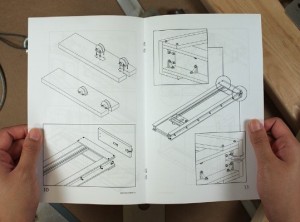